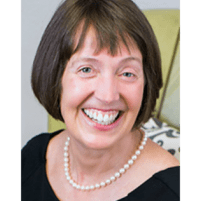 Heavy, painful periods and chronic pelvic pain are typical symptoms of endometriosis, a potentially debilitating condition that can cause a significant reduction in quality of life. Jennifer Hutchison, MD, FACOG, of Sunflower Women's Health Care in Tucson, Arizona, is an OB/GYN who has considerable expertise in helping women who have endometriosis and other painful gynecological conditions. If you’re experiencing problems with periods or pelvic pain, call Sunflower Women's Health Care today to schedule a consultation, or book an appointment online.

Endometriosis is a chronic condition that can cause considerable pain and distress and may affect your fertility.

Endometriosis develops when the endometrium which lines your uterus starts to grow outside the uterus, typically on the:

These areas of endometrial tissue are called implants, and the American College of Obstetrics and Gynecology reports that about one in 10 women have endometriosis during their childbearing years, although some don’t experience significant symptoms and therefore don’t realize they’re affected.

Why is endometriosis such a problem?

Endometrial implants can cause considerable problems because they respond to the influence of female sex hormones in the same way as the normal uterine lining. That means that when you have your period, the implants swell, bleed, and shed too, but unlike the blood and tissue from your uterus that flow out of your vagina, blood and tissue from endometrial implants can’t escape.

The trapped blood and tissue irritate the areas surrounding it, and often scar tissue develops as a result. The scarring can stick organs together in some cases, and this combination of bleeding, irritation, and scarring causes symptoms such as:

The pain often worsens during a period and can be severe enough to affect your ability to study, work, or lead a normal life. That’s why treatment at Sunflower Women’s Health Care is imperative.

How is endometriosis diagnosed and treated?

Medication helps many women who have endometriosis by relieving pain and inflammation and affecting the sex hormones to lighten menstruation. Medications that may help include:

If medication isn’t providing relief, or you’re trying to conceive and having problems, surgery might be necessary to take out the endometrial tissue and any scar tissue. There’s a chance the endometriosis could return, but this does give effective relief from symptoms for an extended time.

If you’re having painful, heavy periods or experiencing chronic pelvic pain that endometriosis may cause, callSunflower Women’s Health Care today, or book an appointment online.